Lexus announced three mentors for the 2021 LEXUS DESIGN AWARD, the international design competition which is currently accepting submissions from the world's emerging designers. Architect Mariam Kamara and designer Sabine Marcelis join as first-time mentors along with designer/inventor Joe Doucet who returns for his second year. A fourth mentor will be announced this fall.

Each mentor carries a unique perspective and expertise, which they will bring directly to the program finalists. Nigerien architect Mariam Kamara creates spaces that elevate, dignify and provide a better quality of life in her projects worldwide. Sabine Marcelis, based in the Netherlands, works in material, installation and object design, seeking magical moments to create unexpected experiences. Joe Doucet, who is a designer, entrepreneur, inventor and creative director, focuses on finding solutions for daily societal challenges in product, furniture, environment and technology design.

Sabine Marcelis said: As a new member of the mentor team, I am very excited to see the ideas of our future generation of designers. Now, more than ever, innovative design-led ideas will play an important role in shaping our future. I cannot wait to guide and help shape and realize these ideas with them, putting a focus on sustainable production processes and innovative and environmentally friendly material choices. Now is a time to think radically so I am hoping the submitted projects will be exactly that!

The judging criteria of the LEXUS DESIGN AWARD are based on three key Lexus brand principles: Anticipate, Innovate and Captivate for a better tomorrow. From among the worldwide entries six finalists will be selected for mentoring by world-class creators at the forefront of their fields. Beginning with a direct mentoring workshop, this unique program also provides months of ongoing mentorship during prototype production until final presentation for Grand Prix judging. With their diverse backgrounds and disciplines mentors give upcoming creators a panoply of valuable advice and fresh perspectives.

In addition, we are pleased to announce that MoMA NY curator Paola Antonelli, a design authority who has served on the jury since the award's inception, and Simon Humphries, Head of Toyota & Lexus Global Design, Lexus International, will stay on as judges for the LEXUS DESIGN AWARD 2021 program.

The six finalists selected by the Judging Panel will bring their ideas to life as prototypes under their mentors, and exhibit and present their work at Milan Design Week in April 2021. On-site presentations and judging will climax with the announcement of the Grand Prix winner.

The final roster of judges and mentors will be announced this fall.

Entries for the LEXUS DESIGN AWARD 2021 will be accepted until October 11.

LEXUS DESIGN AWARD 2020 is still ongoing and will conclude with the Grand Prix Winner announcement on September 1st.

CALL FOR ENTRIES TO THE LEXUS DESIGN AWARD 2021 COMPETITION 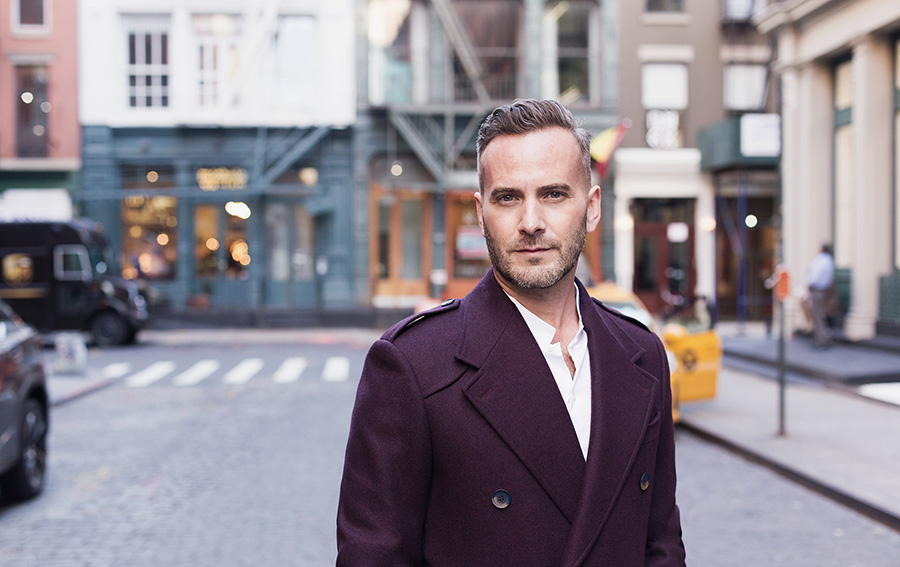 A designer, entrepreneur, inventor and creative director, Joe Doucet is one of the most sought-after creative talents working in America today. His work deftly hybridizes function and visual appeal while conveying layers of meaning and message. Doucet believes that design and, more importantly, a designer's thought process can play a larger role in innovation and problem solving, as well as aesthetics. He currently holds numerous patents for his designs and inventions. Doucet's work has been exhibited globally and has received numerous international awards, including a World Technology Award for Design Innovation and multiple Good Design Awards. Doucet was named the 2017 Winner of the Smithsonian Cooper-Hewitt National Design Award as Product Designer―the highest honor in his field. He is also Designer of the Year 2019 finalist by Dezeen, and a recipient of Fast Company's Most Important Design Companies of 2019. 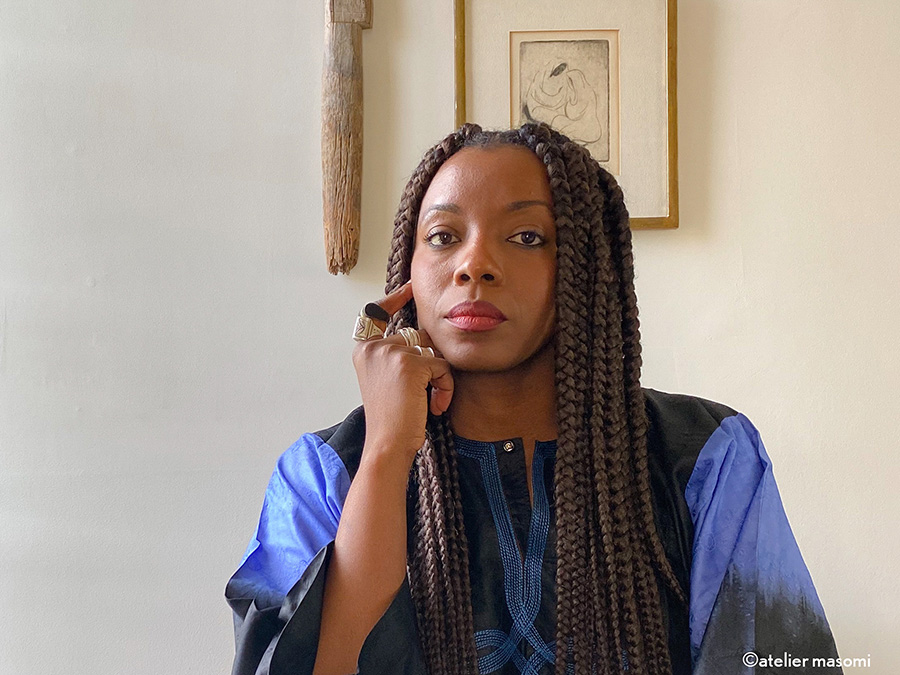 Mariam Kamara is a Nigerien architect. In 2014, Kamara founded atelier masōmī, an architecture and research firm, tackling a wide variety of public, cultural, residential, commercial and urban design projects. Notably, The Religious-Secular Complex of Dandaji in Niger, a collaborative cultural project with Studio Chahar, won the 2017 Gold LafargeHolcim Award for Africa and Middle East, and the 2018 Silver Global LafargeHolcim Award for Sustainable Architecture. Kamara served as Adjunct Associate Professor at Brown University and is a recurring Architecture Critic at the Rhode Island School of Design (R.I.S.D.) Kamara's work is guided by the belief that architects have an important role to play in thinking spaces that have the power to elevate, dignify, and provide a better quality of life. Since 2018, Kamara has been Sir David Adjaye's protégé under the Rolex Mentor Protégé program, and is a 2019 Laureate of the Price Claus Award, recognizing creatives having a positive impact on their societies. 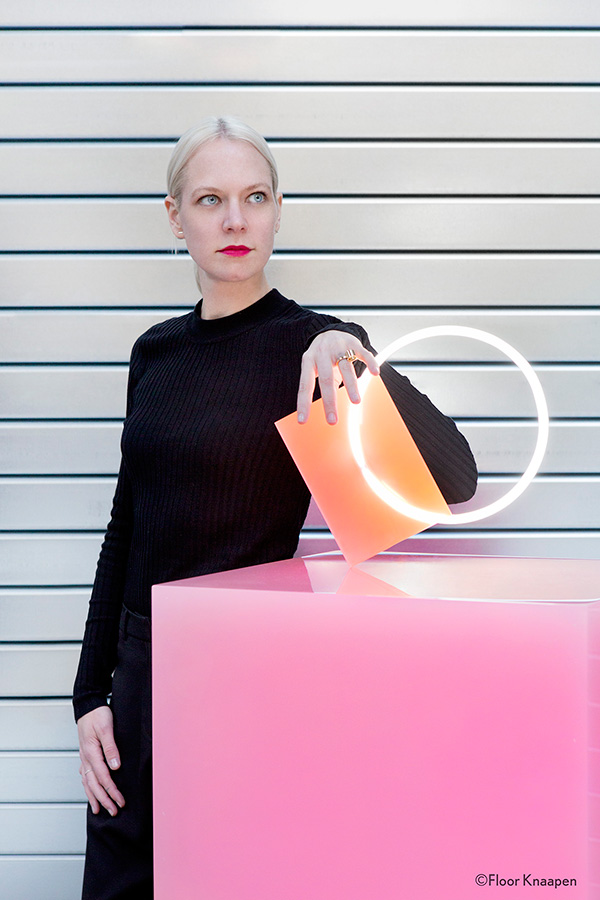 Sabine Marcelis is a Dutch designer who runs her practice from the harbor of Rotterdam. After graduating from the Design Academy of Eindhoven in 2011, Marcelis began working as an independent designer within the fields of product, installation and spacial design with a strong focus on materiality. Her work is characterized by pure forms which highlight material properties. Marcelis applies a strong aesthetic point of view to her collaborations with industry specialists. This method of working allows her to intervene in the manufacturing process, using material research and experimentation to achieve new and surprising visual effects for projects both showcased in musea and commissioned by commercial clients and fashion houses. Sabine recently won the prestigious Wallpaper awards 'Designer of the year 2020', The Elle Deco International Design award 2019 'Young designer of the year' and 'GQ Men of the year 2019' International Artist of the year.

SENIOR CURATOR FOR THE DEPARTMENT OF ARCHITECTURE AND DESIGN AT MoMA, NY 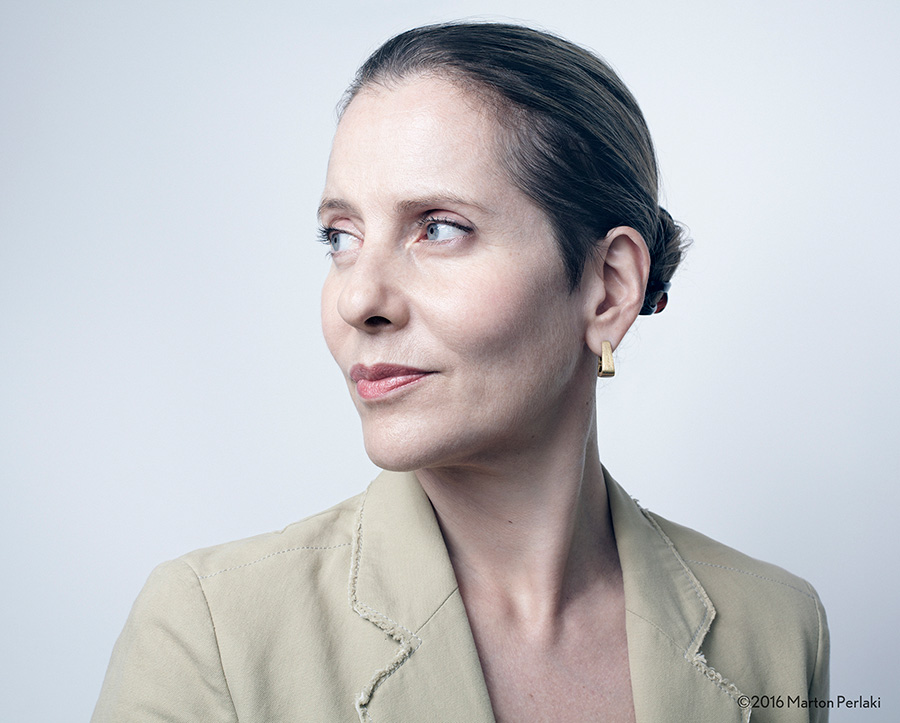 Paola Antonelli is Senior Curator of Architecture & Design at The Museum of Modern Art, as well as MoMA's founding Director of Research & Development. Her goal is to promote design's understanding, until its positive influence on the world is universally acknowledged. Her work investigates design's impact on everyday experience, often including overlooked objects and practices, and combining design, architecture, art, science, and technology. She has curated shows, written books, lectured worldwide, and taught in several schools, including Harvard and UCLA. Following the XXII Triennale di Milano―her 2019 Broken Nature, devoted to the idea of restorative design―she has opened at MoMA the exhibition Material Ecology, on the work of architect Neri Oxman. She is currently working on several new sessions of her MoMA R&D Salons; and on the Instagram series @design.emergency―conceived with design critic Alice Rawsthorn―devoted to the role of design in the Covid-19 pandemic. 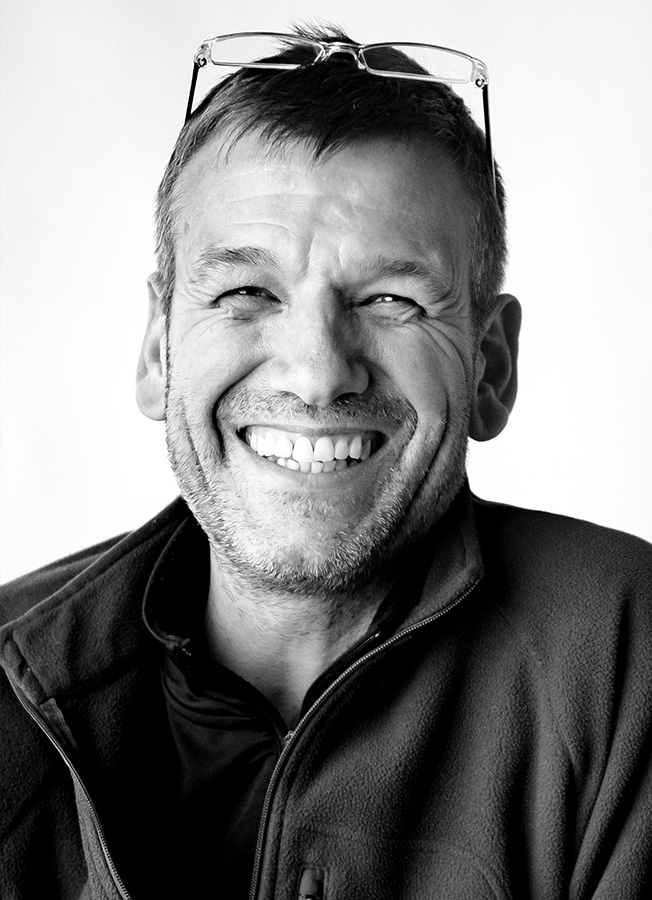 Simon Humphries is Head of Toyota & Lexus Global Design. He was appointed to oversee design for both brands in 2018. As Head of Lexus Global Design Humphries seeks to define Lexus' unique values in the form of a brand philosophy, incorporating a clear cultural reference to Lexus' Japanese heritage and building a design direction that is relevant to users around the world.

Humphries joined the company in 1994. His many roles in leadership and advanced design include defining the signature spindle grille that has become an icon for the Lexus brand. In 2016 he became President of ED2 (Toyota Europe Design Development) where his team spearheaded development of mobility concepts such as the Toyota e-Palette concept as part of the brand's transition from "automotive company" to "mobility company." Humphries began his career in design in 1988 when he was awarded the Royal Society of Arts Bursary Prize for Product Design in the UK. The award gave him the opportunity to work for Sony, which jumpstarted his passion for living and working in Japan. In his spare time Humphries enjoys carpentry and is restoring a 100-year old Japanese farmhouse.

Lexus launched in 1989 with a flagship sedan and a guest experience that helped define the premium automotive industry. In 1998, Lexus introduced the luxury crossover category with the launch of the Lexus RX. The luxury hybrid sales leader, Lexus delivered the world's first luxury hybrid and has since sold over 1.5 million hybrid vehicles.

A global luxury automotive brand with an unwavering commitment to bold, uncompromising design, exceptional craftsmanship, and exhilarating performance, Lexus has developed its lineup to meet the needs of the next generation of global luxury guests and is currently available in over 90 countries worldwide.

Lexus associates/team members across the world are dedicated to crafting amazing experiences that are uniquely Lexus, and that excite and change the world.

First launched in 2013, the LEXUS DESIGN AWARD is an international design competition that targets up-and-coming creators from around the world. The award seeks to foster the growth of ideas that contribute to society by supporting designers and creators whose works can help to shape a better future. It provides a unique opportunity for each finalist to work with a globally recognized designer as a mentor to create prototypes of their designs, and then exhibit them at one of the design calendar's most important events.

Established in the 1930s as a trading business, Al-Futtaim today is one of the most diversified and progressive, privately held regional businesses headquartered in Dubai, United Arab Emirates.

Structured into four operating divisions; automotive, financial services, real estate and retail; employing more than 42,000 employees across 25 countries in the Middle East, Asia and Africa, we partner with over 200 of the world's most admired and innovative brands.

Al-Futtaim’s entrepreneurship and relentless customer focus enables the organisation to continue to grow and expand; responding to the changing needs of our customers within the societies in which we operate.

By upholding our values of respect, excellence, collaboration, integrity; Al-Futtaim continues to enrich the lives and aspirations of our customers each and every day. For more information visit: www.alfuttaim.com